I recently visited the Greek island of Zakynthos (Zante), a beautiful island, home to sea turtles and (devilishly) to Ouzo. As well as spying turtle-tracks in the sand and eating more bright red juicy Tomatoes than is probably healthy, I visited the Port town of Zaykynthos Town, the island’s capital and site of Agios Dionisios (St. Denis) Church.

It’s a Greek Orthodox church and takes the name of Zakynthos’ patron saint, St. Denis, who’s remains are displayed inside. You’re not allowed to take photographs, but some cheeky tourists that have visited in the past seem to have taken some, so here’s some stolen from the web. 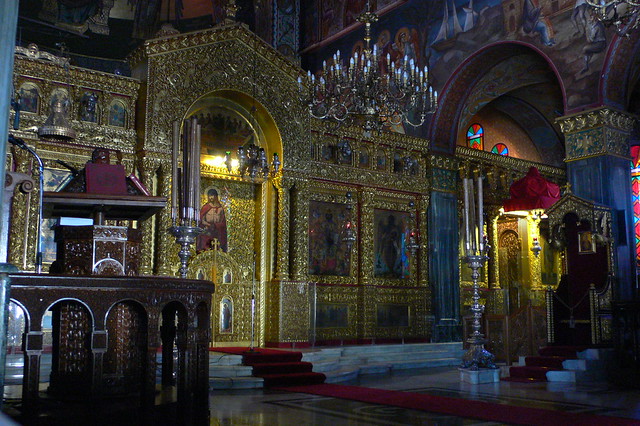 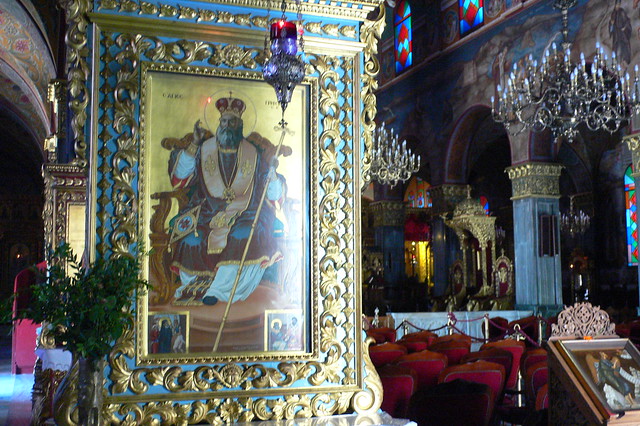 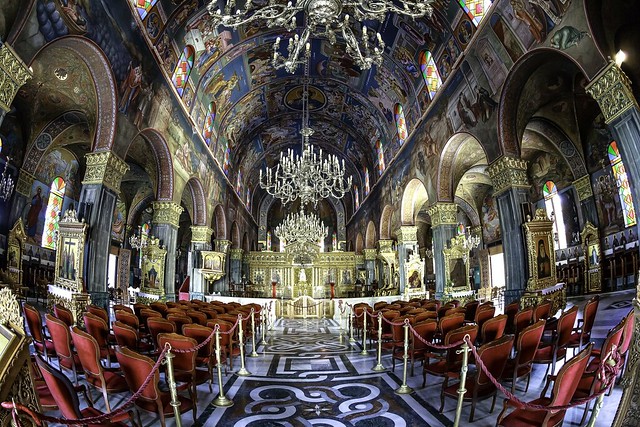 I can’t help but get a little awestruck by spaces like this, it’s the catholic boy inside me feeling guilty (as ever). Still, as with all good churches, there was a gift shop and within that gift shop some quintessentially ridiculous souvenirs, like the holy icon I bought for €22.50.

In my holiday vibe I fell instantly in love, for what else was this holy item but an image of two Byzantine bros having a smooch? There’s even a heart around their heads, aww. They’re my gay monks, my gamonks, if you will. “They’ll take pride of place in my hallway, to bless us with their holy gayness,” I thought to myself as I popped them in my suitcase and promptly forgot all about them. Poor dears.

So, upon returning to the UK and unpacking said suitcase I found my loyal gamonks and thought, “oh for crying out loud, why did I buy this?” and promptly got to googling what they even were.

Turns out, they’re not the holy gays the Bible conveniently misses out of the plot, but they’re St. Paul (not a fan of the gays) and St. Peter (first Pope – prob not a fan either).

For more of the Saints and their thoughts on equality/homosexuality see, 10 Quotes Against Sodomy Every Catholic Should Know, I swear to God, this is a thing.

After trawling Catholic Online and various online bibles I’ve discovered that our two snogging apostles are here depicted in a “holy kiss” (#nohomo) after reconciliation following – honestly – a bust-up in Antioch about who in the church should and should not be circumcised.

Our kissing twins were fighting over dick at lunch.

“When Peter came to Antioch, I opposed him to his face, because he was clearly in the wrong. Before certain men came from James, he used to eat with the Gentiles. But when they arrived, he began to draw back and separate himself from the Gentiles because he was afraid of those who belonged to the circumcision group.”

It seems the gays and Catholics all have more in common than we first thought.